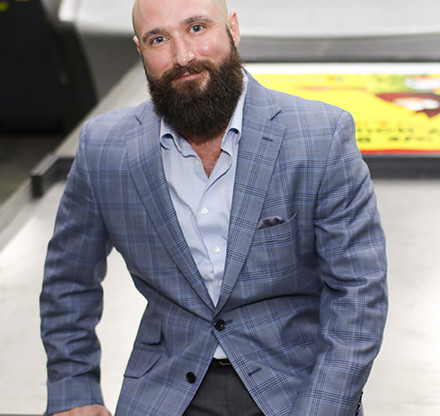 Shortly after graduating from Clarion University, Anthony interviewed with Camel City, mainly because he felt the weather in North Carolina had to be better than it was in Pennsylvania! Not to mention, this gave him an opportunity to work with his brother, Vincent Pannutti. Anthony is known for finding new businesses in industries that Camel City has not pursued before. He plays a pivotal role in the diversity of the company’s portfolio.

When he’s not innovating at work, Anthony spends his free time with his wife and two children (who really keep him on his toes at ages 8 and 6!), and is Head Coach of his son’s and Daughter’s sports teams. And he enjoys watching sports with his friends and family, everything from any Pittsburgh sports team to UFC fights!