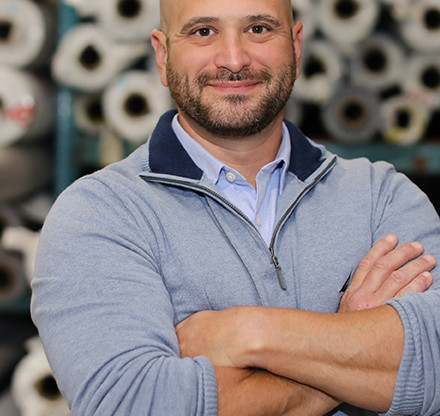 As a sports guy at heart, Vinny focused his college studies in that arena. He received his BA in Sports Management from Slippery Rock University. After a year with the Pittsburgh Pirates, he took a new job with the Winston-Salem Warthogs in 2003. One of the many things he was tasked with while at the Warthogs was selling and facilitating the installation / painting of the 92 billboards on the outfield wall. After years of painting the boards, he found Camel City Posters and realized printing the sports signage is a lot easier than painting! The relationship with Camel City Posters brought him closer to the company and the people, and he wanted to be a part of their team.

Vinny is good at listening to his client’s needs and learning more about who they are and what they want to achieve. If he knows what they want, then he can better help them professionally and personally whenever needed. He truly puts himself in the shoes of the client to understand the demands of the industry and determine what he can do to help.

When he’s not genuinely caring for clients, Vinny is typically coaching one of his kids’ sports teams, hunting, golfing, volunteering at his church, or just spending time with his family and friends with a cold drink and some great music!